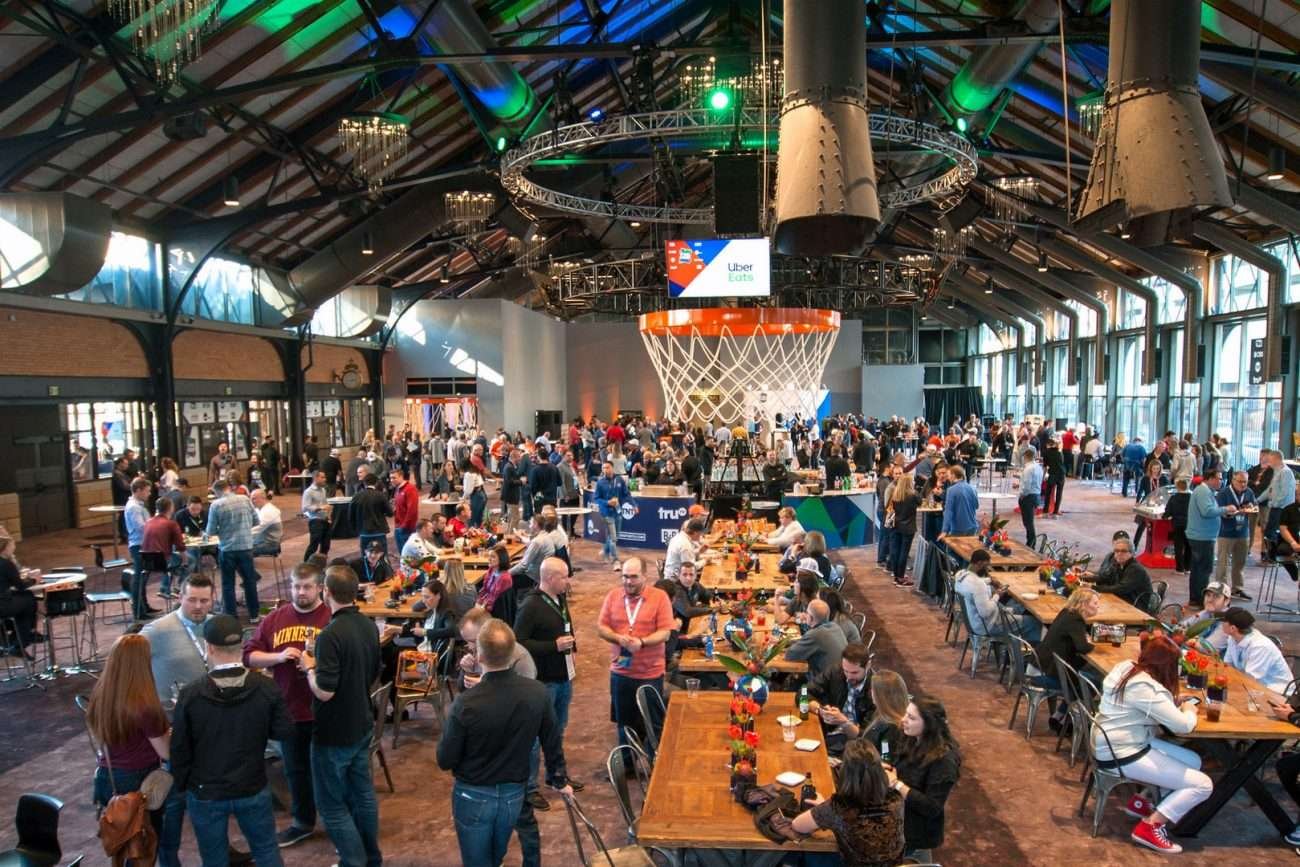 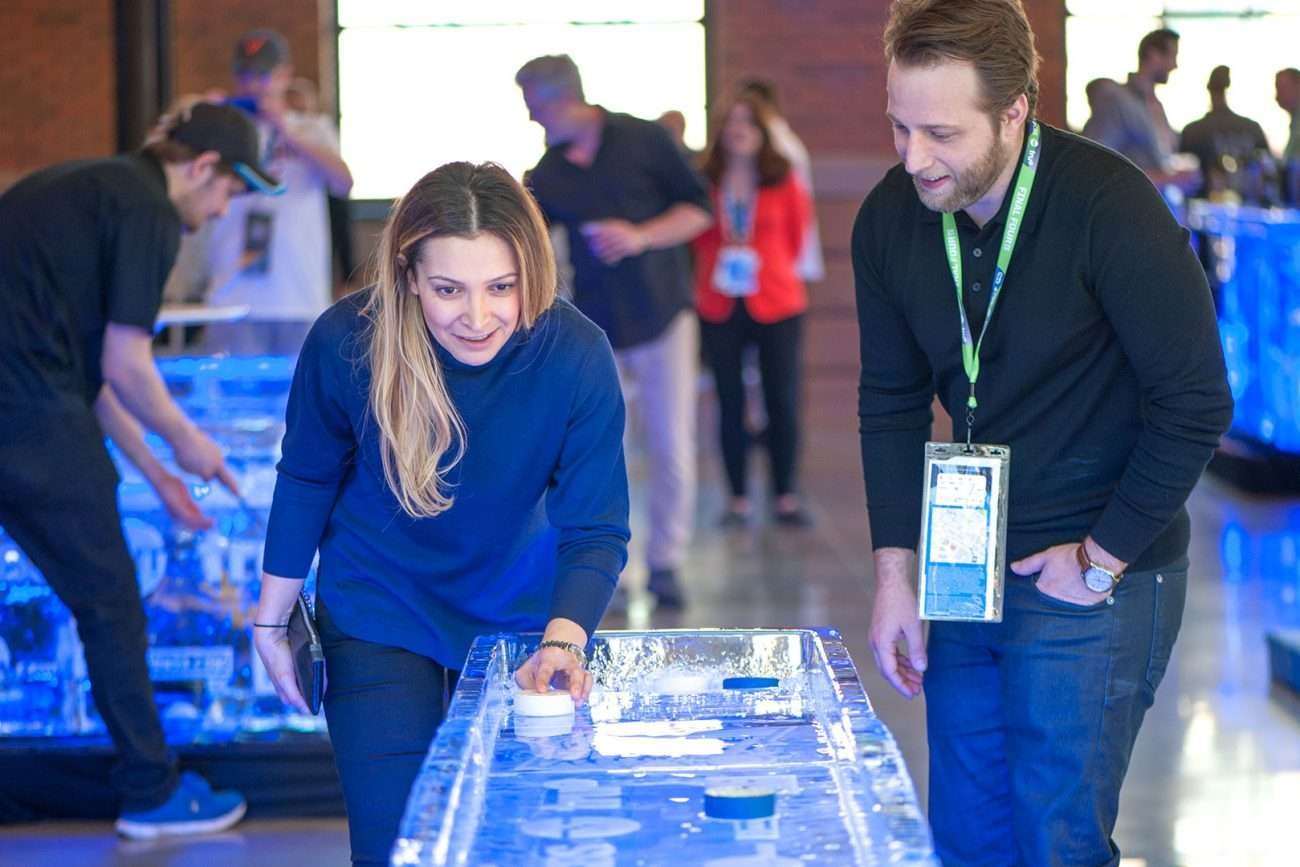 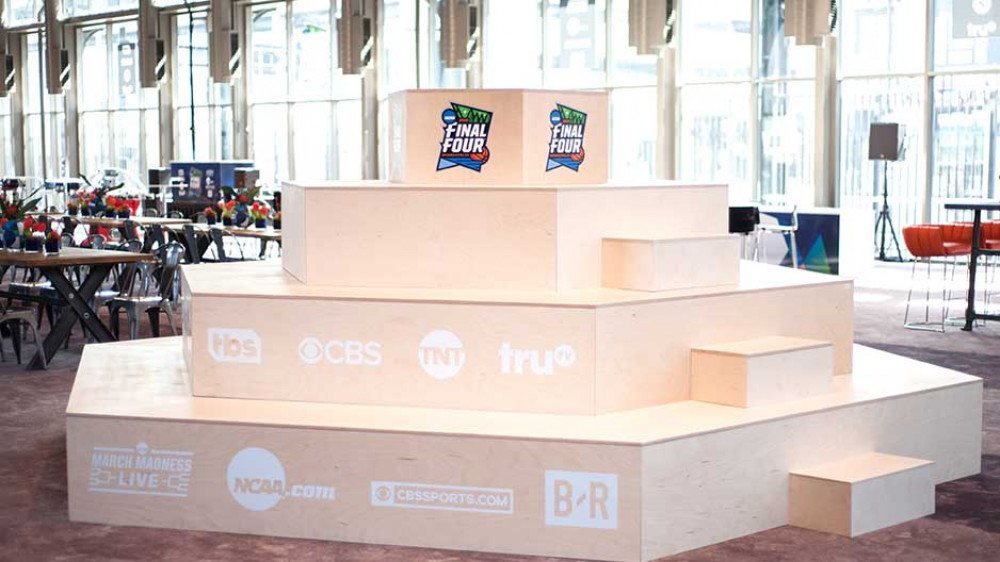 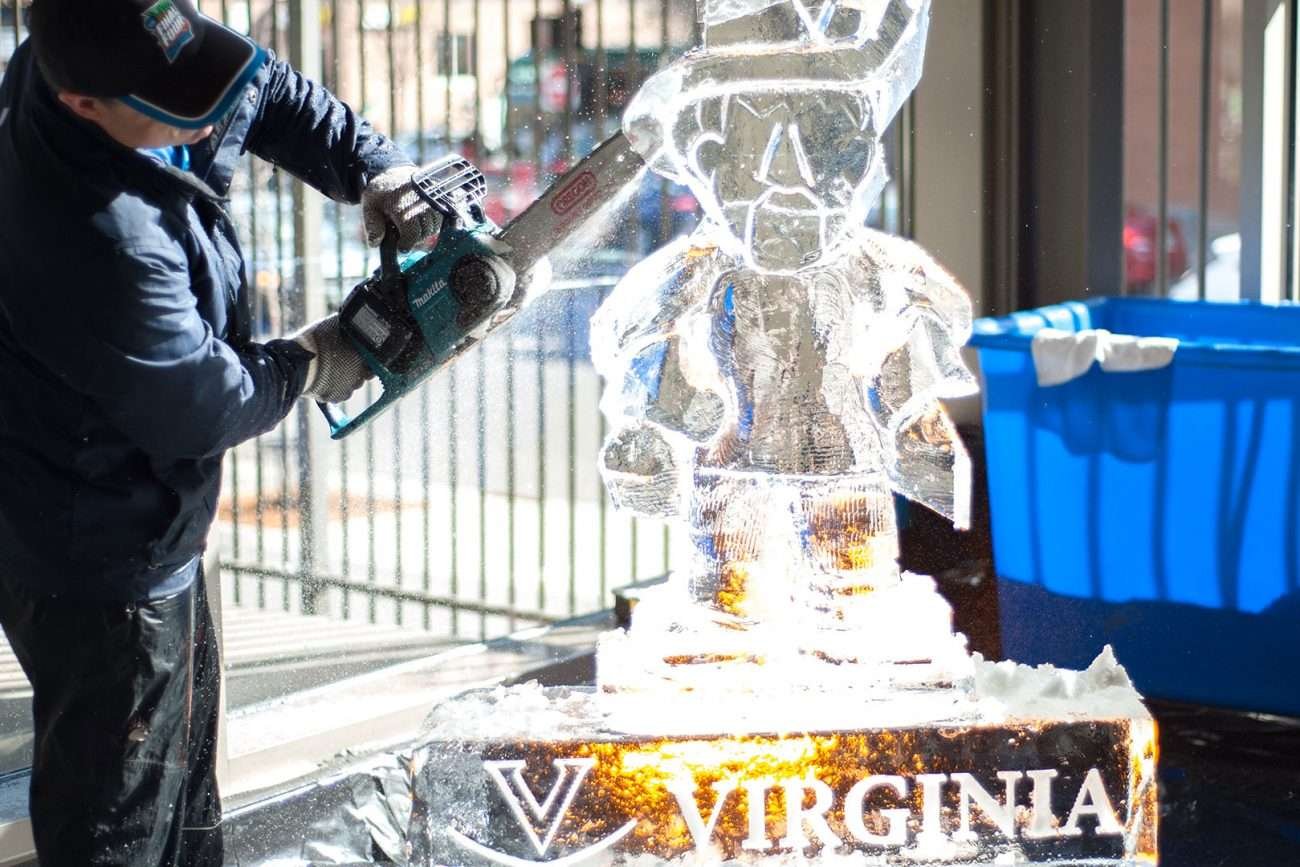 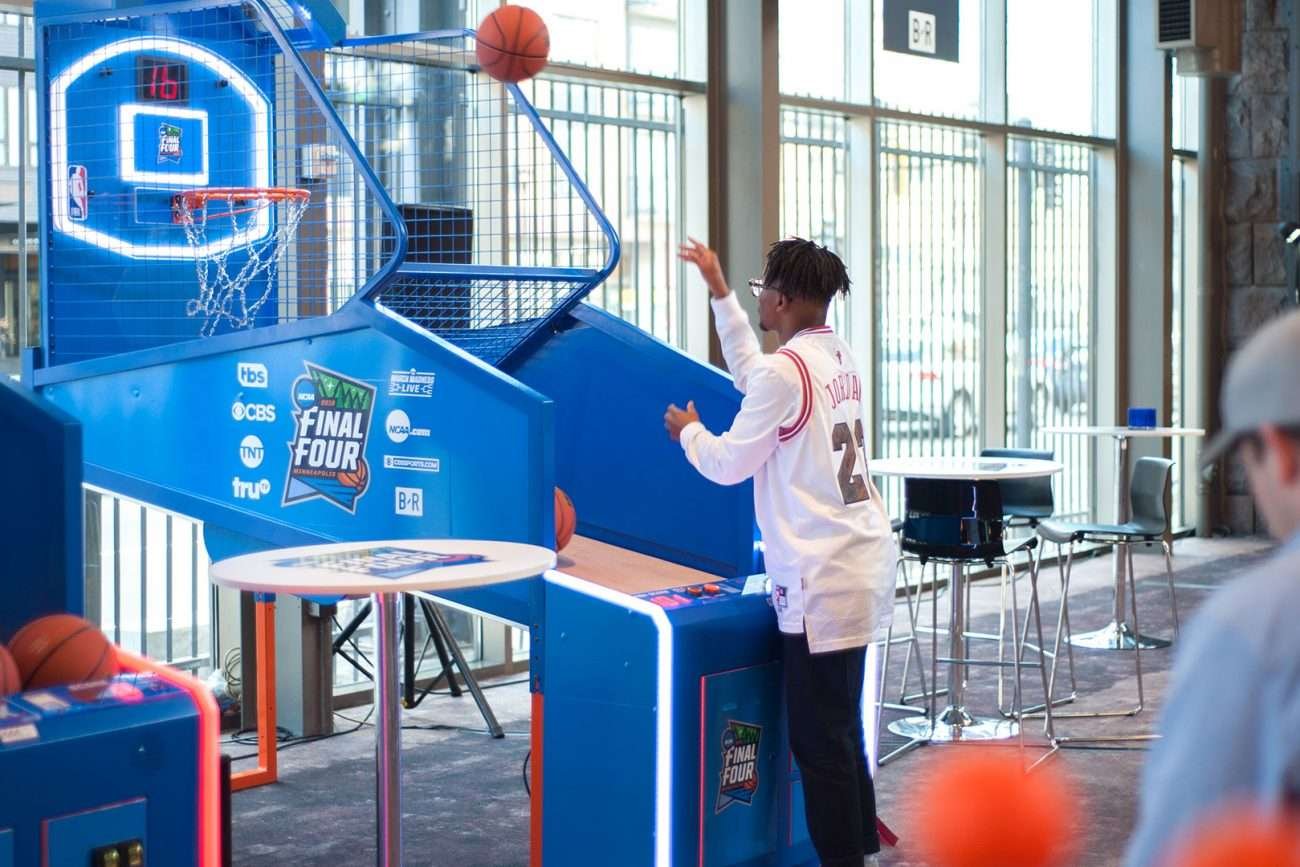 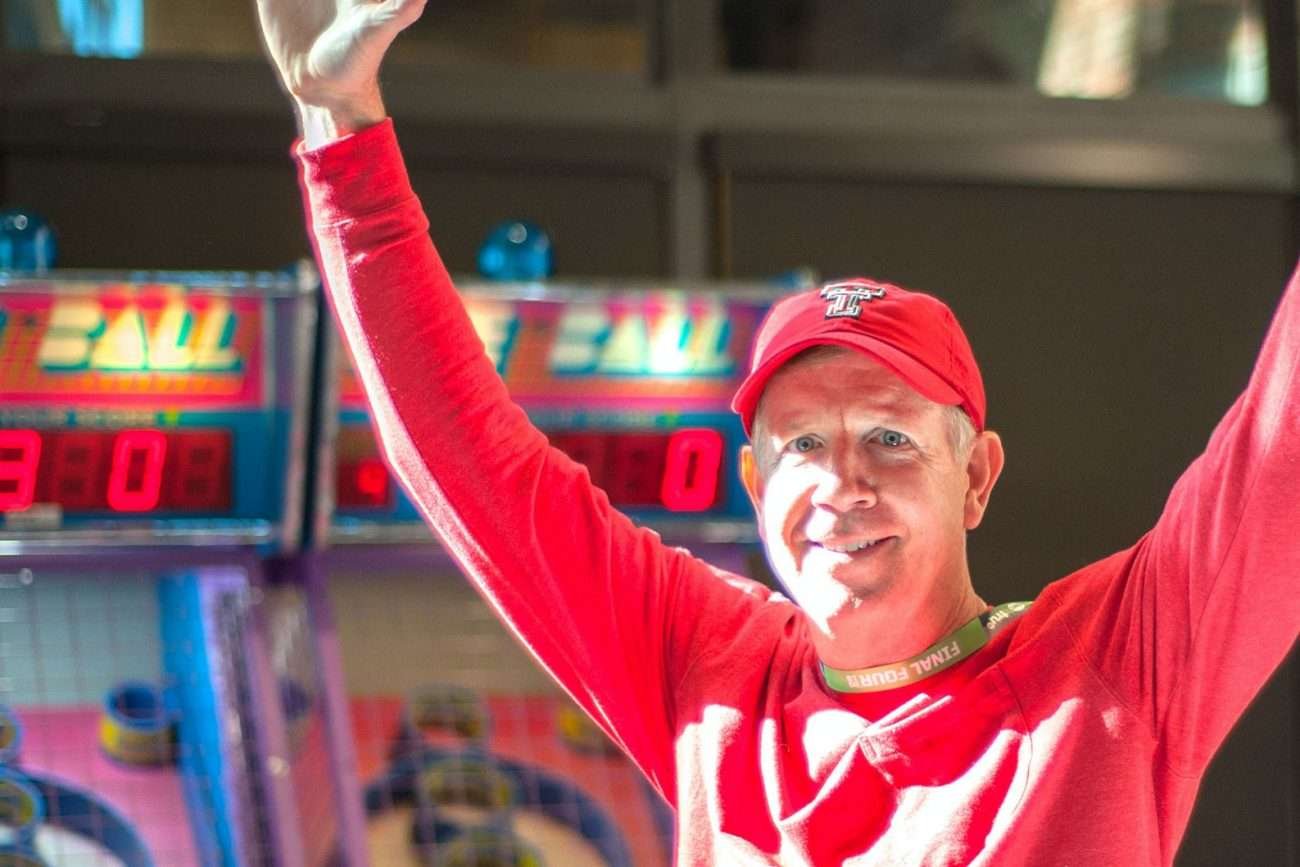 Turner Studios headquartered in Atlanta, needed a Minneapolis agency they could trust to design and produce an interactive fan experience for their Final Four Pre-Game Events.

Design a 2-day 1,500 person hospitality event that pushes the boundaries of prior Final Four tournament pre-game events. Our Ultimate Fan Cave experience included 30 activations. An inventive layout moved fans of all ages through 3 environments.  The center court space was out-fitted with a 12-foot basketball hoop suspended over the bar and a digital 360-degree gif booth that virtually put guests on the Final Four court.  Our Northern MN lodge served hot cocoa topped with marshmallow selfies. And finally, in the ice room, guests could compete in curling, ice hockey and shuffleboard.  All-in-all, creating a memorable visitor experience in the land of 10,000 lakes.

The Ultimate Fan Cave was a “slam dunk” experience winning the appreciation of both new and repeat visitors to the Final Four festivities.  The Turner Studios team was delighted with guest reactions and the ease in which the experience was concepted and brought to life.  An MVP shout out for BeEvents resulted on social media channels as The Ultimate Fan Cave became quite the hoopla aside from the games themselves.

Ready to talk about the game plan for your game day event?

Book a free 30 minute strategy call to get started.